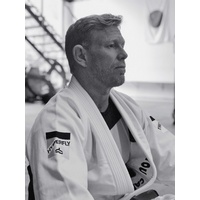 "Hyperfly Australia are so professional and easy to deal with. Great variety and service. Can not recomend them highly enough" - Grant Ratcliffe

Some of Grants amazing achievements...

30 years studying and teaching Martial Arts throughout Australia and overseas.

Grant has studied under some of the most prominent Martial Artist of the past and current generation. He believes that as a teacher his job is to share the love of Martial Arts to everyone that walks through his door. And be a positive influence in their daily lives.